It is the best Dorayaki recipe , one of the most popular Japanese confectioneries. Super soft and fluffy Doraemon's favourite cakes filled with Nutella.

The texture of these pancakes are similar to buttermilk pancakes.  They are fluffy and very light! 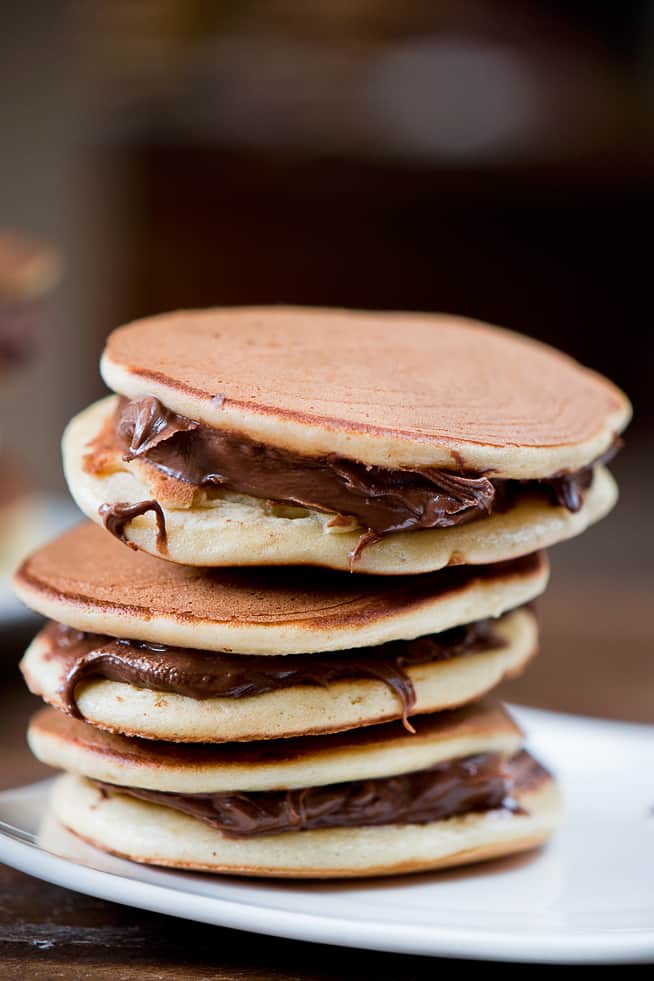 Dorayaki is one of the most delicious desserts that Japan has to offer. It consists of two little pancakes, held together with a sweet  Adzuki red bean spread. Although the little cakes look almost exactly like Western flapjacks or crumpets, they are actually made of a Japanese sponge cake mixture called Castella. They are flat in appearance and light in texture, although a little more moist than a regular pancake. There are some interesting variations of Dorayaki which include whipped cream, fruit flavours and ice cream and even Nutella. Whatever your preference, a Dorayaki recipe is a unique and delicious dessert to have up your sleeve for any kind of gathering. 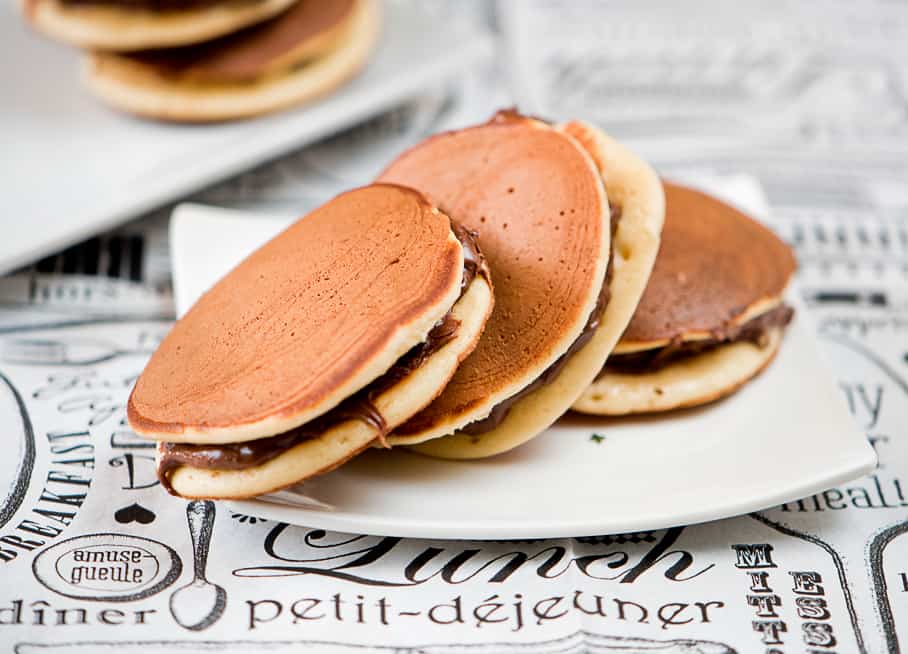 Here are some of my suggestions for tasty fillings to use in your Dorayaki recipe: 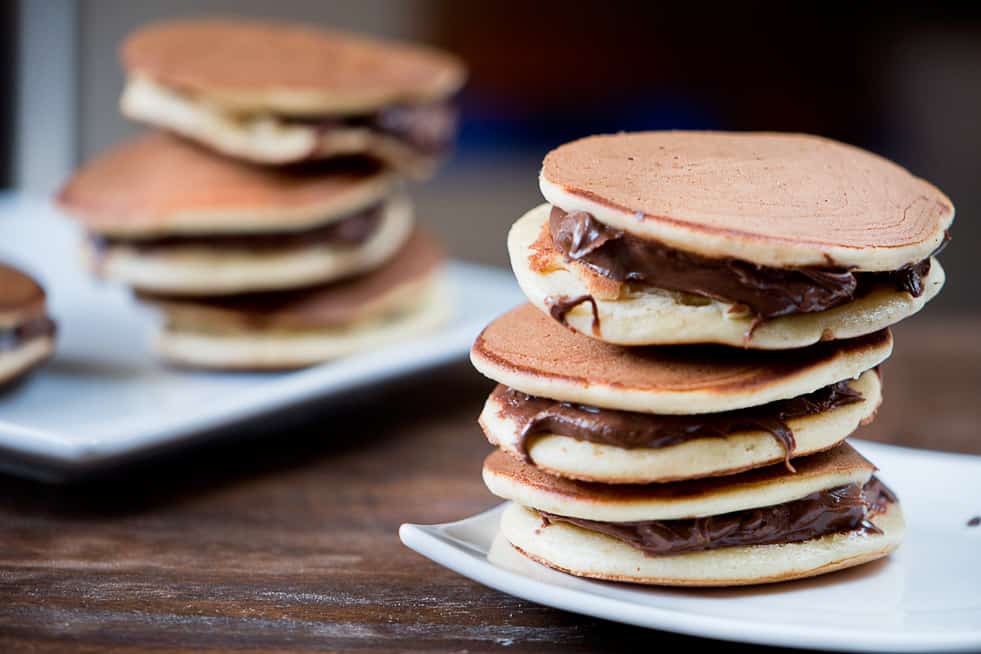 Remember that the two little pancakes are small when you select the filling for the Dorayaki recipe. Fillings that are too chunky or runny won’t work well. This is one of the reasons that the red bean paste works so well. Heavy cream whips faster than regular whipping cream and is smoother and, of course, heavier in texture. 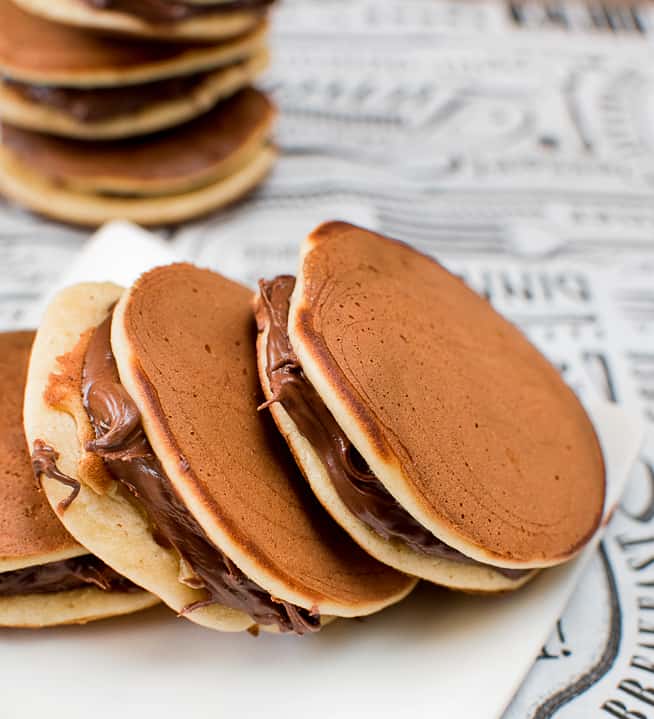 Dorayaki is classified as Wagashi, the type of Japanese baked goods that are traditionally served with tea. You could prepare the Dorayaki recipe along with other Japanese confectionery, or serve a few different fillings on your dessert or tea time platter.

HOW TO MAKE DORAYAKI 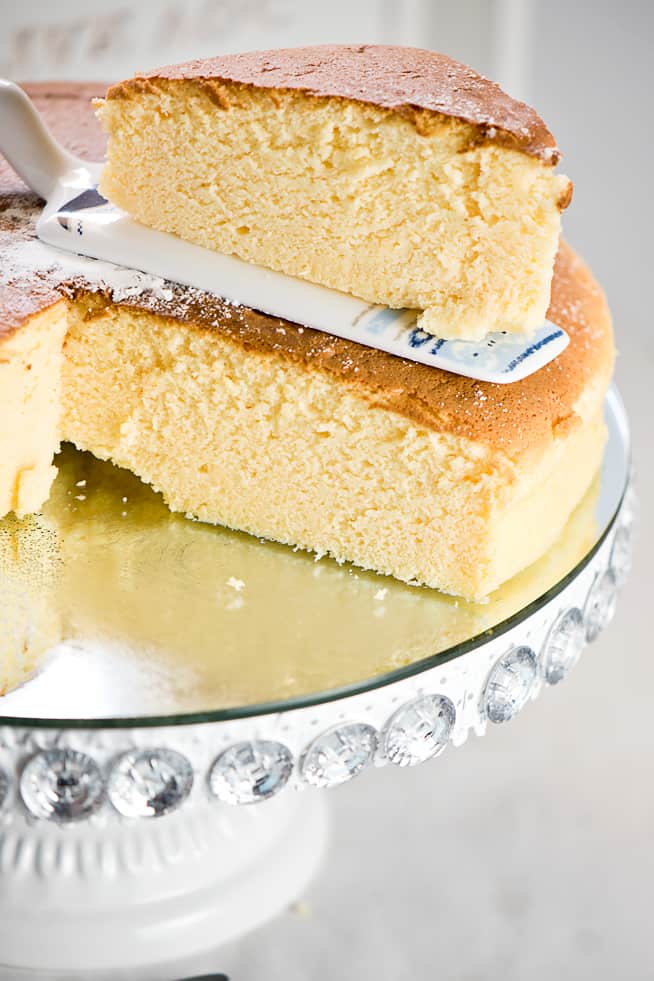 This site uses Akismet to reduce spam. Learn how your comment data is processed.

Hi, I am Tati and welcome to my online kitchen. A foodie, wife and mom of 2 adorable boys. Read More…